Skip to content
Loading...
Latest news
SRAM launches AXS Web – and it works with Di2!
Learn how to update your Di2 component firmware
Learn how to use the Shimano documentation
Can’t shift to smallest sprockets when in small ring? Adjust Gear Position Control
How to troubleshoot Di2 battery drain issues
Software 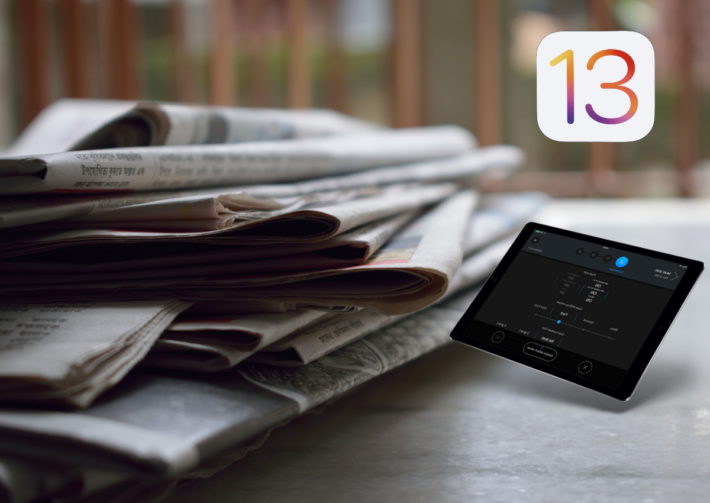 A few weeks ago we wrote a post about iOS 13 – e-Tube compatibility issues. Word that iOS 13 and the e-Tube app didn’t play nice together also reached Shimano and they have been working hard on fixing this issue ever since. They have just released a new version which fixes this problem. 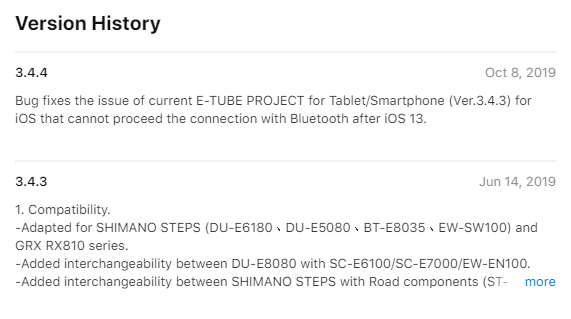 Shimano have released version 3.4.4 for iPhone and iPad. As usual, download them using your phone or tablet. You should now be able to use the e-tube application again on iOS.

The Android apps have not been updated and remain at version number 3.4.3.