The PC Linkage Device SM-PCE02 is the newer version of the SM-PCE1. Like its older sibling, it can be used to update firmware and customize your Di2 settings. It can also help troubleshoot problems and restore a non-responsive Di2 system. The functionality of this unit is very close to that of the SM-PCE1 - the newer model is faster, a lot smaller and adds a battery check option, allowing you to determine whether any component/unit/bike's power consumption is within reason.

The device has one green LED, one USB port and one E-tube port. The SM-PCE02 and SM-PCE1 cost about the same, which is still a lot more than the Shimano SM-BCR2 battery charger and that also doubles as a PC-interface. The SM-PCE1 and SM-PCE02 are therefore mainly found at bike shops.

Regarding the troubleshooting and diagnostics functionality this device does a fair bit more than the regular charger. It has the ability to connect to a single component, instead of only connecting to your entire bike. It also lets you recover crashed components and restore their firmware. However, it will not charge your bike.

Note that the SM-PCE02 should be connected directly to a PC - Shimano recommend you do not use a USB hub. 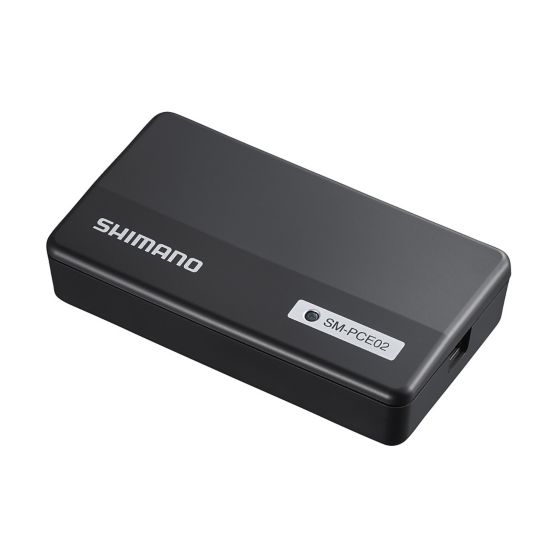 Are you looking to upgrade your bike using this component? We've added shoppings links to this component's Amazon and eBay pages. Click the images below to view the Amazon product page or eBay search results.

In order to use the SM-PCE02 or the older SM-PCE1 with a PC you have to install the Shimano e-Tube project software. 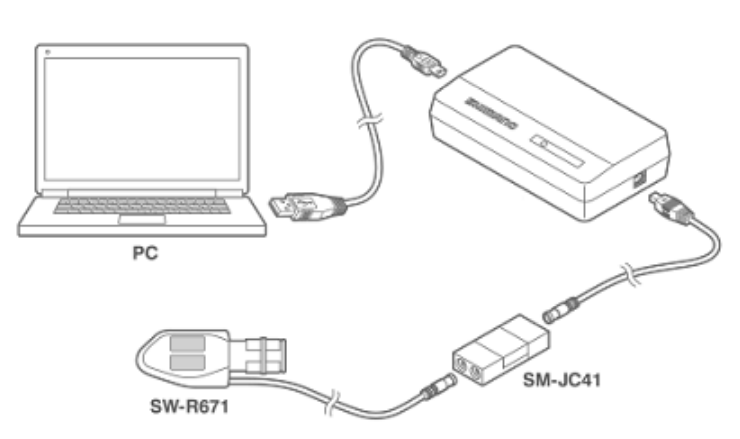